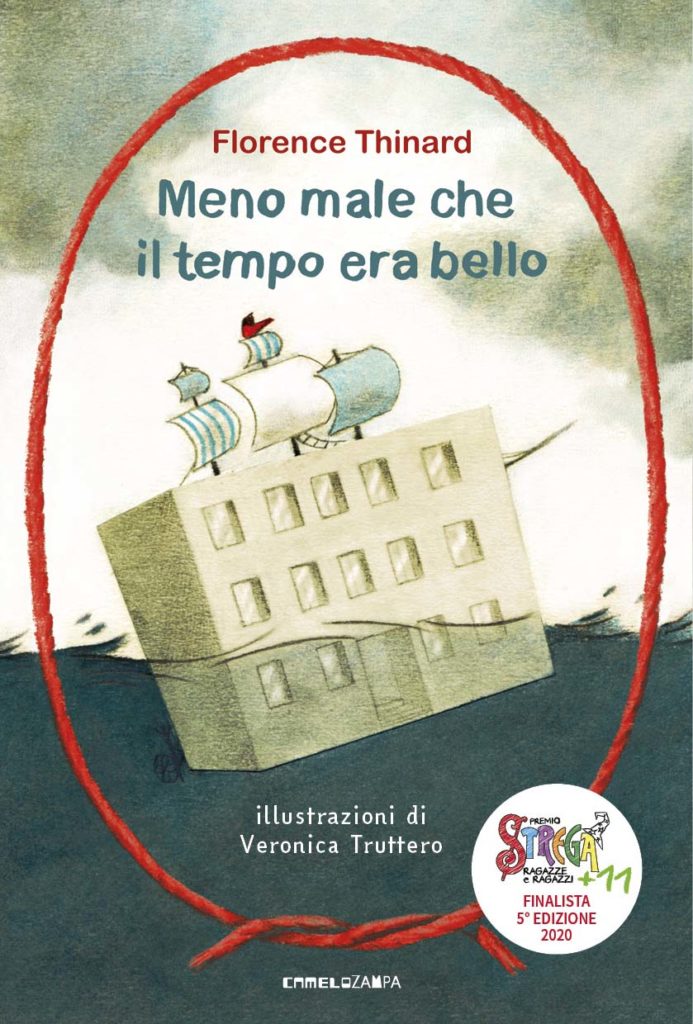 Further information on this book

No one knows how or why, but one day, during a violent storm, the library Jacques Prévert, a large cubic block of gray concrete, casts off with it its director, the librarian, the students of a high-school 1st-year class and their technology teacher, a housemaid and Saïd, a solitary teenager who was there by chance. After having accepted that something incredible happened and a first panic reaction, adults and children have to take the bar and turn into sailors: they must get food, find fresh water, organise life aboard. In this situation, everybody’s contribution is equally important. But the library itself will offer a valuable help: books help spending time during long sailing hours, offer solutions to practical problems, soothe homesickness and children can compare their experience to Robinson’s adventures or to “The Thousand and One Nights”. The journey lasts 28 days, with discoveries, adventures, disputes and joy. At the end, both children and adults have grown up and changed, as their made an introspective journey too.
The novel is a tribute to culture and books, but this story of people who find a way of living and interacting together in spite of their many differences also gives prominence to the same values that are at the basis of European Community, such as mediation, cooperation, solidarity, integration, acceptance.

Go to the purchase page

Florence Thinard was born in Royan in 1962. From 1995 to 1998 she is editor of the magazine Les clés de l’actualité Junior, then she became a freelance journalist. She publishes a geopolitical work, Mondes Rebelles Junior, which decrypts about thirty conflicts to teenagers and Les 1,000 mots de l’info, a dictionary of current words. Her first novel was published in 2003. “Encore heureux qu’il ait fait beau” is published in Korea and is going to be a film for French television.

Born in Padua in 1991, she attended Accademia di Belle Arti in Bologna and a Master for booksellers in the same city.  In 2015 she published her first book and the following year she opened Libreria Momo, a children’s bookshop in Ravenna, where she lives. For her graphic novel Controcorrente, written by Alice Keller, she won Premio Orbil 2018.