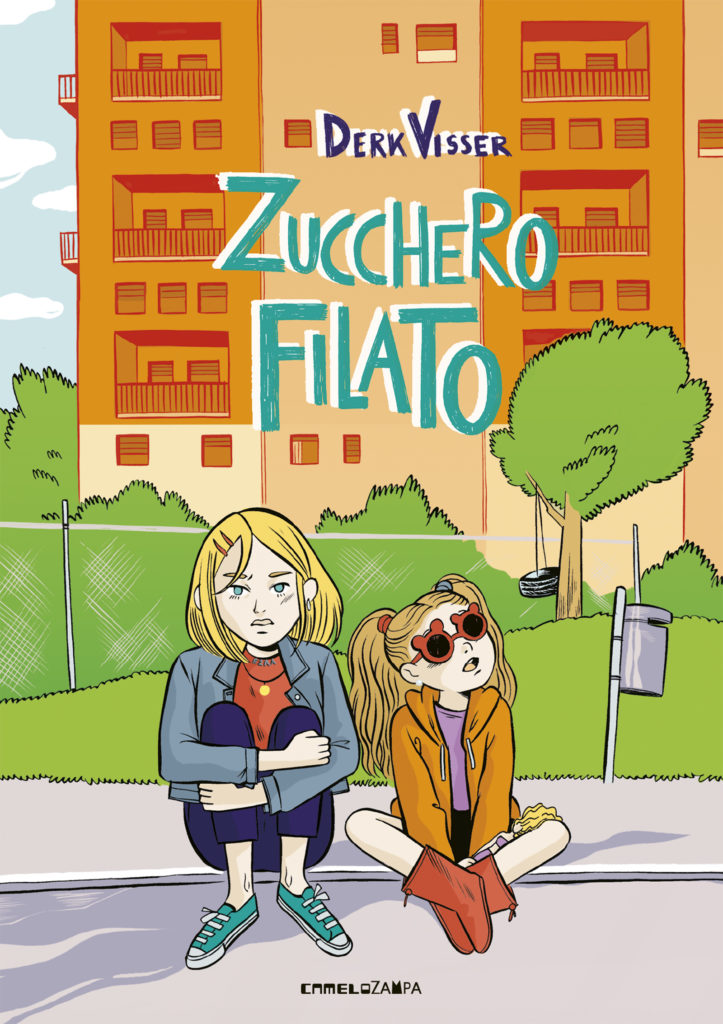 Further information on this book

SUIKERSPIN tells the story of 12-year-old Ezra, who tries to keep her family from falling apart after father returns home from war suffering from PTSD. Ezra lives with her parents and her younger sister Zoe in a block of flats in the outskirts of a Dutch town, in a neighborhood daily patrolled by police cars. Ezra’s father served as a peacekeeping soldier, but the mission didn’t go exactly as planned; when he comes home he is first considered a hero, but with the traditional fireworks for New Year’s Eve he suddenly dives under the table and then flees the house. After that incident, he spends most of his time at home, smoking on the balcony. He is afraid of everything and gets easily angry. This makes daily life at home quite stressful for the two little girls and Ezra is sent to a psychologist. She is a tough but sensitive girl, who does her best to help her sister and parents and to keep social workers at a distance, but after a while mother and daughters are put in a women’s shelter. When Ezra’s father finally decides to seek help at a trauma clinic for war veterans, things get better and the three women return home. The theme of the book is dramatic, but the dialogues are humorous and spontaneous, the characters are vivid. Young readers will see that if you are strong and positive enough you can overcome all problems. The theme of war’s damage on people is also well rendered with the father of Ezra and the socially disadvantaged setting will help young readers understand their neighbours’ lives. This novel was greatly acclaimed by Dutch critics, since it touches social themes without falling into a moralizing plea. It’s a genuine story, where content and style go perfectly hand in hand.

Go to the purchase page

Derk Visser was shortlisted in 2006 for the Dutch Young Jury Award, in 2012 he received the Charlotte Köhler grant, as the most promising author of the year. SUIKERSPIN is considered his best novel and has already received great critical acclaim.

Olga Amagliani has a degree in translation from the School for Interpreters and Translators in Trieste and a master’s degree in Audio-visual and Multimedia Translation. She lives in the Netherlands, where she has worked as a Lecturer in Italian. For the last ten years she has been working as a freelance translator collaborating with museums, publishing houses, subtitling companies and translation agencies.